The 500 Sprint Car Tour presented by Auto Value/Bumper to Bumper Part Stores has announced that the non-wing pavement Sprint Car series will travel to Nashville, Tennessee and the Nashville Fairgrounds Speedway in 2023. The event, which will be a 40-lap race held on Saturday, July 29th, will be the first non-wing sprint car race competed at the 0.596 mile track since 2004.

“We are excited to host the 500 Sprint Car Tour at The Fairgrounds,” said Scott Menlen, General Manager – Nashville Fairgrounds Speedway. “The skill and car control required to race a non-wing sprint car in competition is something we think open-wheel and stock car fans alike will appreciate. Rick Dawson and Jared Owen have done a terrific job developing this series and we embrace the opportunity to be a part of their tour’s continued growth.”

The 500 Sprint Car Tour was formed out of the desire to continue the growth of pavement non-wing sprint cars. These unique open-wheel race cars with extreme horsepower produce high-speed, side-by-side racing. These are the same cars that participate in the historic Little 500 sprint car race at Anderson Speedway every May on Memorial Day Weekend.

“The Nashville Fairgrounds Fans are in for a treat!” said Jared Owen, 500 Sprint Car Tour – Series Director. “This side by side, open wheel style of racing is something fans won’t want to miss. Bob Sargent and Scott Menlen have done a fantastic job promoting the Fairgrounds and we look forward to the opportunity to bring non wing sprint car racing back to Nashville.”

Only three current drivers have competed in a 500 Sprint Car Tour event and also competed in the last non-wing Sprint Car event at Nashville Fairgrounds Speedway in 2004. Eric Gordon, Aaron Pierce, and Bobby Santos III all competed in the then USAC sanctioned event that boasted twin 77 lap features. Bobby East went to victory lane in the first feature and Dave Steele followed suit, taking the checkers in the second feature of the night.

Nashville fans are sure to see some of the biggest and best names in pavement sprint car racing when the 500 Sprint Car Tour takes the track. From Little 500 winners to USAC Silver Crown champions, the 500 Sprint Car Tour provides fans a premier lineup of racers. Tyler Roahrig, two-time and defending Lucas Oil Little 500 presented by UAW winner, has committed to the full 2023 schedule and will look to compete at Nashville for the first time since the early days of his career. Seven-time USAC Silver Crown champion and three-time Little 500 winner, Kody Swanson, will also be in attendance as he defends his position as reigning series champion. Bobby Santos III, Little 500 winner and former SRX competitor, will be the only confirmed driver to compete in the 2023 event that also competed in the 2004 non wing sprint car race at the famed oval.

Joining the 500 Sprint Car Tour, there will be a full slate of local racing action including the Nashville Pro Late Models 100 lap feature event on the 5/8-mile track. They are routinely one of the most competitive late model fields in the country. Also in action on the quarter-mile track are the Limited Late Models, Street Stocks, Pure Stocks, Front Runners, Legends Cars, and Bandoleros. A complete 2023 schedule for Nashville Fairgrounds Speedway is expected to be released in the coming days. 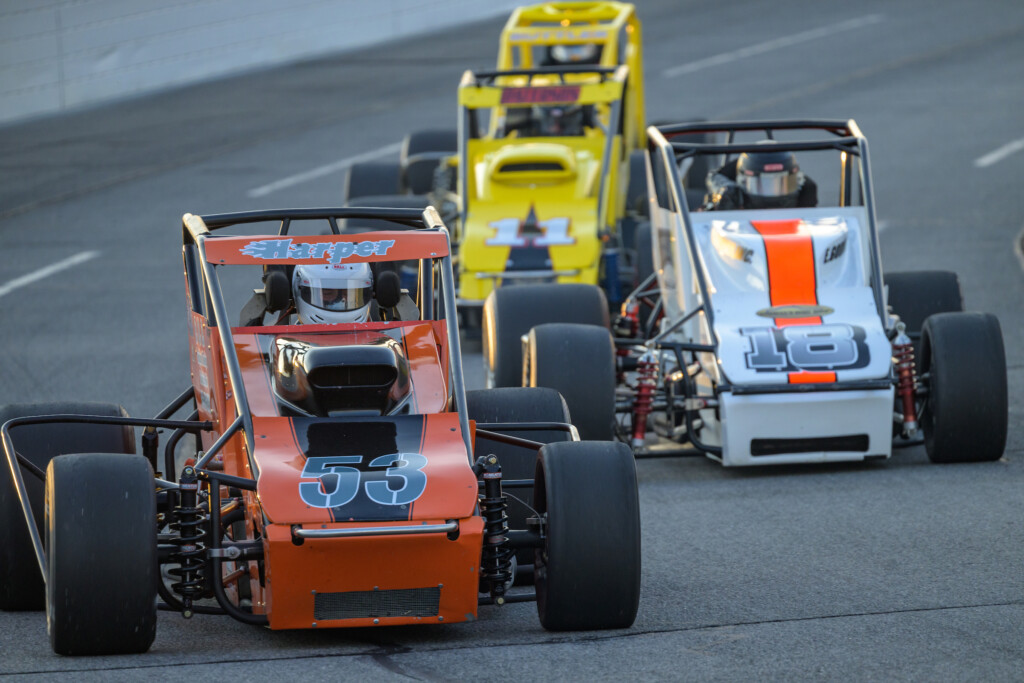