Nashville, TN (Tuesday, February 18, 2020) – Officials at Nashville Fairgrounds Speedway confirmed the return of the Bandolero division for the 2020 season.  The INEX Bandoleros are governed by the same organization as INEX U.S. Legends Cars International.

Throughout the history of the Bandolero series, the quarter mile track at Nashville Fairgrounds Speedway has seen the likes of Joey Logano, Ryan Blaney and Bubba Wallace compete.  All three today are current drivers in the NASCAR Cup Series.

The track hosted local divisions during the early time period of the 2000’s.  Chase and Chaz Chaffin racing debut at the speedway came in the Bandolero series. Chase and Chaz, both have advanced to the high banked five-eighths mile oval at Nashville Fairgrounds Speedway.  Chaz Chaffin locked down the 2017 Super Truck championship competing on the five-eighths mile track.

Quarter-Midget racing locally and the return of the Bandoleros will continue to build for the future of local racing in Music City USA.  Hunter Taylor, son of second-generation driver Jon Taylor, plans to make his Bandolero debut this season, moving from the Quarter-Midget ranks.

Courtney Curran, daughter of Mike Curran, the young lady of the group, has made tremendous strides in karting and is moving to the Bandolero division in 2020.

Trenton Hubbell, son of Pure Stock driver Jason Hubbell, will be a rookie, as this season in the Bandoleros will be his first encounter of competition.

The local talent base coming from the Quarter-Midgets and Bandoleros ranks has increased over the years, spilling over into the five-eighths mile high bank oval.  Jackson Boone, the defending Pro Late Model Champion at Nashville Fairgrounds Speedway has two Nashville Quarter-Midget titles, with 75 wins during that time period. Hunter Wright, a three-time INEX Legends Champion at Nashville Fairgrounds Speedway, used the Quarter-Midget cars on his way to now competing in the Pro Late Model division, driving a car out of the Wayne Day Racing shop. 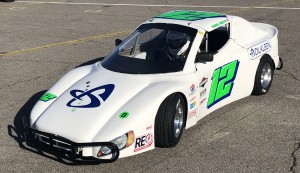 So, what is a Bandolero? Using the same magic formula that made the Legends Cars the most mass-produced competition car in history, officials of US Legends Cars International have introduced the Bandolero Car. The Bandolero Car is a turnkey, spec-series racer designed for drivers as young as eight years old and the young-at-heart at any age.

The Bandolero Car serves as a steppingstone between a Quarter-Midget or Go-Kart and a race car that is simple for everybody to use. The driver operates a Bandolero in a similar manner to a Go-Kart with left foot braking. The car is equipped with a centrifugal clutch so the driver does not have to shift gears.

The Bandolero Car’s motivation is provided by a thumping Briggs & Stratton 570cc Vanguard engine mounted behind the driver. Small modifications have been made to the engine to bring the once 20HP stock engine to nearly 30HP.