Championships to be Settled Saturday at the Fairgrounds

Nashville, TN (Wednesday, November 17, 2021) – For six drivers, in two divisions, a season’s worth of effort comes down to one final race – this Saturday’s Quarter Mile Track Championships at Nashville Fairgrounds Speedway (NFS). Only eight points separate the top three drivers in the Limited Late Model division and miraculously, only three points is the gap between first and third in the BH Holmes Construction Legends Car division. Street Stocks, Pure Stocks, Front Runners, and Bandoleros have championships to be settled as well, and it all takes place at 2:00pm on Saturday afternoon.

Adult tickets for this event are just $10. Senior Citizens and active or retired military personal grandstand tickets are only $5 and Kids 12 years of age or younger are FREE. Tickets are available at the gate when the main grandstand opens at 12:00. Pit Passes are available at the Pit Office located at Gate 7 along Craighead Street. The pit gates open at 9:30am Saturday morning.

The only Late Models in competition this event are the Limited Late Models, amongst the headlining events on the quarter mile track within the historic Nashville Fairgrounds Speedway. Johnathan Dishman is seeking his second consecutive championship from third place in the current standings, eight markers back from points leader, Kevin Rollins (#93) and seven back from Alan Carter (#05). Perhaps it seems like a bit of a tall task for Dishman, but he was in this exact position heading into the final race a season ago, eight points back in third place trailing Kevin Rollins in #93 and who was then, Jeffery Belt in the #05. Dishman passed both Rollins and Belt on the final lap when the two points leaders tangled in turn four coming to the checkers to win his first Nashville Fairgrounds Speedway Track Championship. Can he do it again this year? Kevin Rollins has one win this season and three past Track Championships under his belt but only has a one point advantage over second place, Alan Carter. Carter has two race wins this year and Big Machine Vodka Super Truck Track Championship worth of experience behind him.

The BH Holmes Construction Legends Car division standings are even closer than the Limited Late Models. Boston Oliver (#88) of Murfreesboro, TN has a just one point up on Oliver Cordell (#17). Cordell picked up a big win this season during the SRX Championship race weekend and has consistent top five finishes all year with just one untimely night on May 29th. Michael Crafton III (#9) from Franklin, TN sits just three points behind Boston Oliver, third place in the championship standings. Crafton has five first place points nights this season but two unlucky nights on June 12th and July 16th have relegated him to third in the standings. All three drivers are very fast, racking up qualifying bonus points throughout the season and are expected to that again on Saturday night. Though Oliver, Cordell, and Crafton may be the obvious favorites, Dylan Faulkner (#60) is lurking in the background, just 15 points out of first. 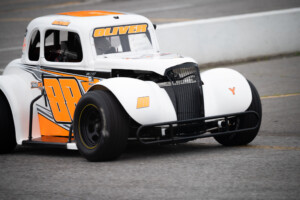 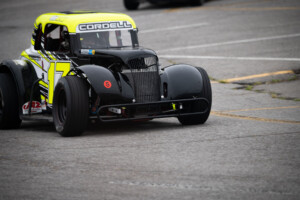 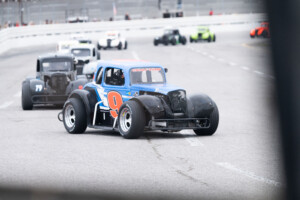 A purse totaling $8,000+ is on the line for the 24 starters in the BH Holmes Construction Legends Car Championship Race in Memory of Kevin Cordell.

Nashville Fairgrounds Speedway Street Stock division championship is in the hands of Michael Pannell. Pannell has collected three feature wins in his rookie season but isn’t quite out of the woods just yet. Travis Arms and Billy Schaffer are still in the championship hunt but sit 16 and 18 markers back.

The Dye Hard Hair Salon Bandoleros are scheduled to be the first championship feature of the night. Aidan Potter of Brentwood, TN looks to secure his second Track Championship in a row. Potter holds a 13 point advantage over Gavon Veach from College Grove, TN.