Call it the Huntsville Gang.

Over the decades a number of drivers from Huntsville, Alabama, have chased their racing dreams around Nashville Fairgrounds Speedway – including past track champions Jimmy “Smut” Means, Alton Jones and Jeff Letson – and Jim Wall, who, with the help of a Cross-Eyed Owl riding on his car’s quarter panels, hopes to follow their well-traveled path to success.

“Nashville is one of those places everybody wants to go,” says Wall, who will be in the lineup for the Pro Late Model feature that’s part of the upcoming All American 400 weekend.

“I’ve heard about Nashville since I was a kid,” says Wall, 26. “The history of the track is eye-catching.”

Wall is no stranger to the venue. In 2020 he finished 10th in a field of 32 in an All American 400 Pro Late Model companion race, and came in 12th in another Pro Late Model event. He was the pole-sitter for this year’s North/South Shootout 100.

He also ran some Open Wheel Modifieds at the Speedway for then-car owner Letson.

In 2014, down in Pensacola, Wall put his Open Wheel on the pole for the prestigious Snowball Derby Modified feature.

But whether at home or on the roam, Music City continues to beckon.

“I like the track, and I’ve done pretty well there,” Wall says. “Everybody is really competitive. I’ve raced against (defending Pro Late Model champ) Dylan Fetcho since we were kids running quarter-midgets and he’s an example of how good the competition is. If you can compete at Nashville, you can compete anywhere.”

Wall, who resides in the Huntsville suburb of Monrovia, is a third-generation racer. His grandfather raced, as did his dad Jim and his uncle John. Both his father and uncle were part of the Huntsville Gang that raced at the Fairgrounds.

“My Uncle John was my biggest racing influence,” Wall says. “His shop was near our home, and I grew up hanging around it and watching him work on his cars. Racing was a family deal for us. When Uncle John raced, we all went to the track.”

It didn’t take long for Wall’s racing genes to kick in. At seven he was racing quarter-midgets across Alabama, Tennessee, Georgia, Florida, North Carolina and Ohio, then on up to stock cars and Super Trucks. He captured 14 victories and two championships in the latter in 2011 and 2012 on his Huntsville home track.

“Smut Means was a great racer. He and my dad are good friends and they talk every week. I see Alton Jones occasionally, and I drove for Jeff Letson one season.”

Means, who went on from Nashville to race in NASCAR, acquired his nickname “Smut” because he was always grease-smeared from working on his cars. He is still active in the sport as a team owner in the Xfinity Series.

“Smut was an inspiration for drivers from our area,” Wall says. “He showed what success at Nashville can lead to.”

When Wall is not racing, he operates a trucking company, overseeing seven employees.

His dream is to race full-time, but says “it’s not in the cards right now. Maybe someday.”

A strong showing during the All American 400 weekend would garner attention and perhaps provide a career boost.

“It would definitely help,” Wall says. “That weekend gets a lot of media coverage, and a good finish would be eye-catching.”

Speaking of eye-catching: Wall’s primary sponsor is the uniquely named Cross-Eyed Owl Brewing Company, based in Decatur, Ala. 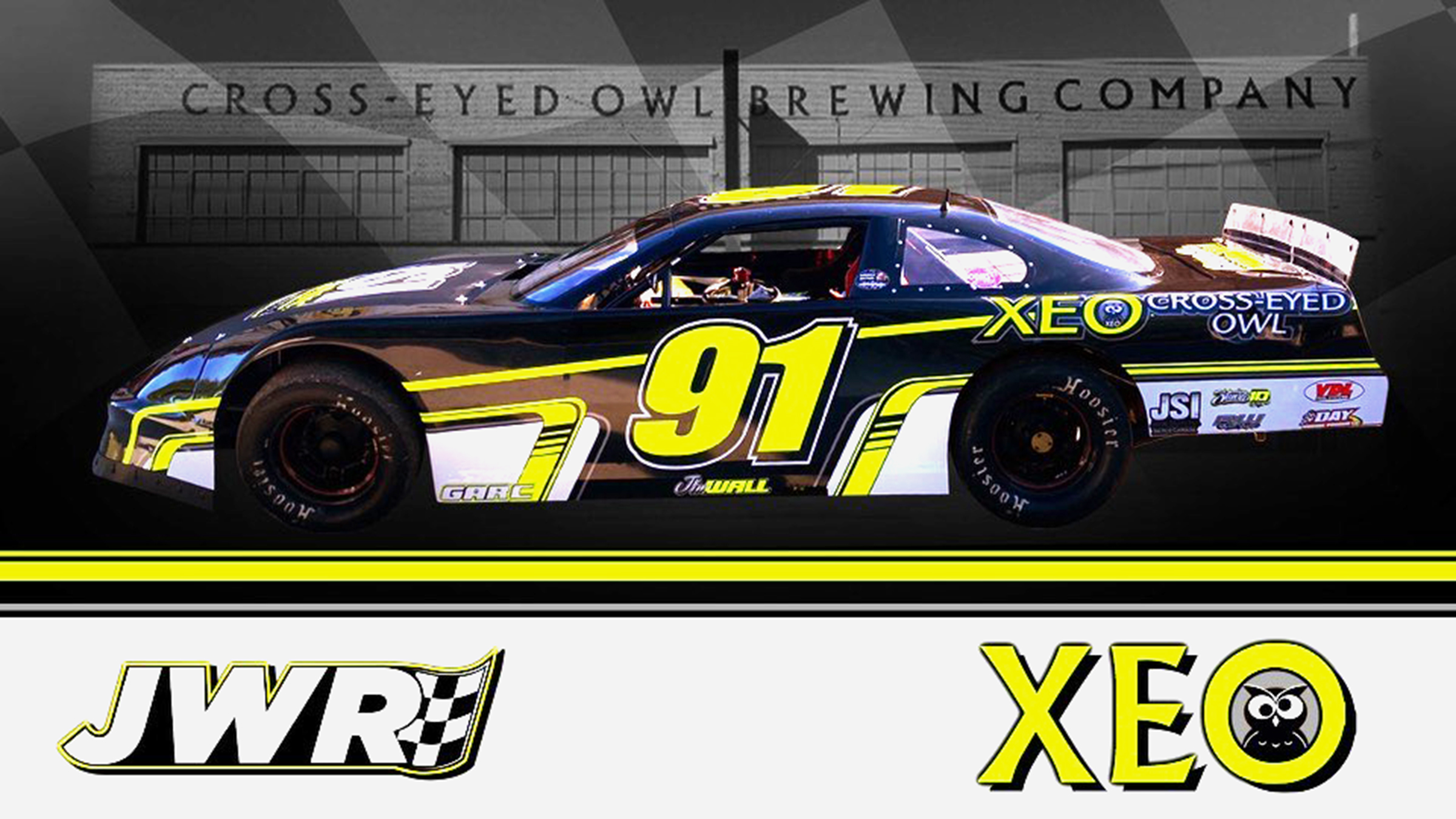 “Cross-Eyed Owl Brewing is a great sponsor,” Wall says. “Right now, it’s aboard for three races, the All American 400 weekend, a race in Montgomery and the December Snowflake 100 at Pensacola’s Five Flags Speedway. If we do well in those races, hopefully it will lead to more. Cross-Eyed Owl Brewing is a solid sponsor with a great product and we’d like to continue to help them make more people aware of their great tasting brews and expand their markets.”

Wall and wife Mandie have a four-months-old daughter, Evelyn, who is already showing promise as a fourth-generation fireballer.

“She recently turned her first lap around the living room,” Wall says with a chuckle.

“If she decides to race, her grandfather will make sure she has a car. But seriously, her mother and I won’t pressure her in any way. If she decides she wants to race someday, we’ll support her, and if she’s not interested, that’s OK.”

But all that’s on down the road. Meanwhile Evelyn’s pop has some business to attend to under the bright lights of Nashville Fairgrounds Speedway, Over the decades the venerable old track has been good to Huntsville’s border-jumping hot-shoes.

Wall hopes to be the latest to add his name to that list.