Special from Team McLerran: Portland, TN (Tuesday, March 8, 2022) – Portland, Tennessee native Jackson McLerran will be fielding the second Pro Late Model car for Day Racing Enterprises in select races during the 2022 season. Jackson and car owner Wayne Day worked out the deal for Jackson to run in three Pro Late Model races at Nashville Fairgrounds Speedway with the possibility of others this season. 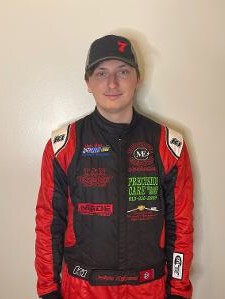 Jackson comes from a long history of racing starting out in Mini Cups at eight years old. Jackson has also competed in Pure Stocks at Veterans Motorplex as well as Street Stocks at Nashville Fairgrounds Speedway. He is currently racing part-time in the Champion Racing Association (CRA) Street Stocks.

Jackson has had several wins in his career along with finishing third in points at the Veterans Motorplex in Pure Stocks. He recently added a 12th place finish in his CRA Street Stock #7 Firemark Property Management, T&N Trucking, Midsouth Electric Chevrolet while racing at Watermelon Speedway in Cordele, Georgia during the 2022 Speed Fest. Next up for his CRA Street Stock will be in Anderson, Indiana on April 14th. Jackson will also be making his second appearance with this car in the All American 50 during the All American 400 weekend in late October. Also new for Jackson this year will be competing in Limited Late Model races full-time in his #7 Firemark Property Management, T&N Trucking, Mid-South Electric Chevrolet.

Jackson would like to thank teammate Hunter Wright for his support and Mr. Wayne Day of Day Racing Enterprises for giving him this exciting opportunity!