Nashville, TN (Friday, November 4, 2022) – Last weekend eight Nashville Fairgrounds Speedway track champions were crowned at the conclusion of the 38th Running of the US Tank All American 400 Race Weekend. With the final checkered flag falling on the season, planning has already been well underway for the 2023 campaign.

Track Enterprises has been voted in unanimously by the fair board to operate the famed Fairgrounds Speedway again next season. Progress on the 2023 schedule has been ongoing since the first of October.

Technical Rules and Specifications are also in the works for quarter mile and five eighths mile divisions.

Both the schedule and rule books are expected to be published in the coming weeks. 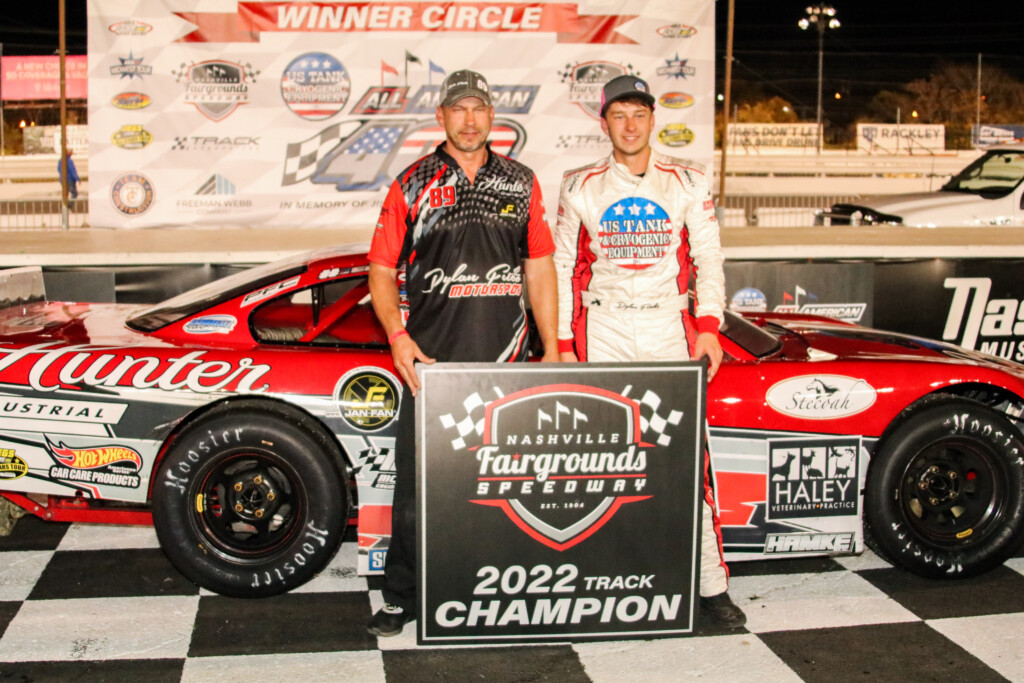 Dylan Fetcho joins the likes of Sterling Marlin, Bobby Hamilton, Darrell Waltrip, and Flookie Buford as a multi-time Late Model track champion at Nashville Fairgrounds Speedway. Fetcho won his first title, just two years ago, in 2020. Fetcho’s podium finish at the All American 400 was enough to out do Hunter Wright to win the title.

Kevin Rollins has become a back-to-back Limited Late Model track champion for the second time. Rollins won the 2018 and 2019 championship, Jonathan Dishman won the 2020 title before Rollins took the honors back in 2021 and again in ’22. The four-time Limited Late Model champion has also collected two Legends Car track championships – one in 2015 and his first in 2007.