Nashville, TN (Wednesday, July 1, 2020) – The 2020 season rolls off this Saturday night (July 4th) at Nashville Fairgrounds Speedway. One of the more interesting developments of the offseason as the track changes management guard is the return of the Mike Alexander owned #84 Pro Late Model team.

Alexander is a two-time champion at Nashville Fairgrounds Speedway, in the premier division, winning the 1978 NASCAR Late Model Sportsman title. He returned in 1992 to claim the Late Model Stock Car championship, prior to his retirement from driving.

The early years of Mike Alexander on the 5/8th mile high bank consist of weekly battles with an old friend and fierce competitor by the name of Sterling Marlin.  The battles weekly with Mike and Sterling, along with the addition of Alton Jones, a seasoned veteran, and with two up-and-coming young men, Dennis Wiser and P. B. Crowell III. 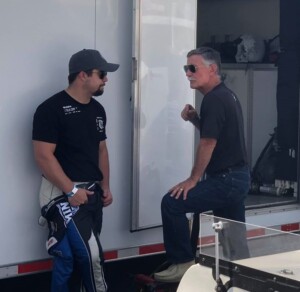 The 2020 season has been delayed on several occasions due to the pandemic. Once the command to start the engines for the season is made on Saturday, the Marlin vs Alexander turns into Mingus vs the Marlins and a host of others including two-time champion, Cole Williams and Dylan Fetcho, who has finished second in the points championship the last two seasons at America’s Favorite Short Track.